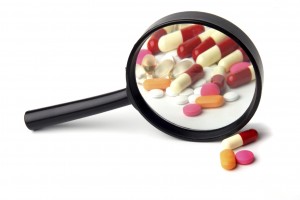 disorder include mood stabilizers and atypical antipsychotics.1,2 The use of antidepressants alone to treat bipolar disorder is not recommended as they may trigger hypomania, mania, mixed states and rapid cycling.3 Anti-anxiety medications (benzodiazepines) are sometimes used for short periods in conjunction with a person’s usual medications to relieve restlessness, anxiety, panic or insomnia. Different medications and combinations may be used to reduce different kinds of bipolar episodes.

More on medications for bipolar disorder and how they help.

When a person is severely depressed or at risk (e.g. they have stopped eating or sleeping, or are very suicidal) and other treatments don’t seem to help, ECT can be effective in stabilizing mood.4 It is most beneficial in reducing severe depression. However, it can help to reduce other types of severe symptoms. In ECT the person is given an anesthetic, and electrical stimulation is applied to a specific area of the brain. Temporary confusion or loss of memory may occur for a certain time after treatment.

PLEASE NOTE: The information in this guide is introductory and for any treatment decisions and more information we recommend you consult a clinician. In addition, there are also treatment guidelines you can refer to listed in the resources section.