Some people have bipolar episodes that follow a distinct pattern (e.g. depression usually follows hypomania or the person has a seasonal pattern) and others do not. Many people with bipolar disorder experience depressive symptoms more often than other symptoms.1

How often do people relapse? 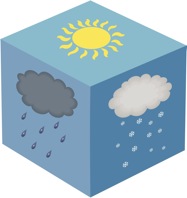 On average most people have an episode every 2 to 3 years. However, some people with bipolar disorder remain well for many years and others relapse very frequently.  People who relapse 4 or more times a year are considered to have rapid cycling. With time and treatment rapid cycling can change and the person may keep well for longer periods of time.

Different degrees of wellness between episodes

Some people are symptom free between bipolar mood episodes. On the other hand, it is important to recognize if the person has mild bipolar symptoms between episodes (subsyndromal symptoms) as these symptoms (e.g. little energy, difficulty concentrating or irritability) can make it harder for the person to function at work, home or socially.

If the person has experienced ongoing mild depression most of the time for over 2 years, they might have dysthymia. Lingering depressive symptoms can also result from the losses and changes people experience due to the illness.

Even when the person has no bipolar symptoms, the illness may affect certain abilities. For example, the person might not remember things as well as they used to, or have difficulties sustaining attention or doing things as quickly as before. It is clear that the course of this illness can differ widely from person to person. See suggestions about: