Bipolar Caregivers > What is bipolar disorder?

What is bipolar disorder? 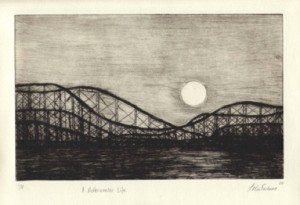 Bipolar disorder involves more than the ordinary mood changes people experience in response to the ups and downs of life. It involves bipolar episodes. The person’s thinking, feeling and behavior changes noticeably and affects their daily functioning.

Sometimes the person will only have a few bipolar symptoms rather than an episode.

‘Knowing some of the bipolar symptoms and episodes can help to recognize when the person is ill.’

People can have different patterns of illness. Most people with bipolar disorder experience recurrent episodes, but people differ in how frequently they relapse, how well they are between episodes and how severe their bipolar illness is.

Bipolar symptoms arise from the interaction of a number of factors. The cause of bipolar disorder is similar to other illnesses like diabetes or asthma where the person has a biological vulnerability to develop particular symptoms. Certain environmental and personal factors (e.g. stressful events or disruption to sleep patterns) can spark off or ‘trigger‘ this vulnerability resulting in bipolar symptoms. See more on bipolar triggers.

Treating and managing their bipolar disorder helps many people to keep well. However, sometimes relapse occurs despite everyone’s best efforts to prevent it. If this happens there are ways to deal with bipolar episodes and to try to reduce negative consequences.